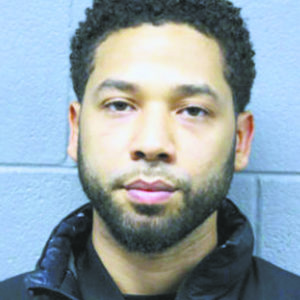 Empire actor Jussie Smollet was recently arrested for falsely reporting to the police that he had been the victim of a hate crime. Smollett had claimed that two men attacked him in the early hours of Jan. 29 in Chicago. The men allegedly hurled homophobic and racist slurs, poured a bleach-like substance on him and threw a noose over his head. Three weeks later, it came out that Smollett likely orchestrated the attack and he now faces felony charges.

It was clear to many from the initial reports that there was something off about the story. Chicago is not “MAGA country.” Hate crimes usually don’t take place when it’s -20 degrees F and the wind is howling so loud you can’t hear yourself think, let alone hear an attacker hurling threats at you. Smollett’s phony-sounding claims put many skeptics across the country in the strange and uncomfortable position of hoping a hate crime took place because the alternative was so abhorrent.

We are justifiably angry with Smollett for, in the words of Chicago police Superintendent Eddie Johnson, looking at the hatred and suffering associated with a noose and seeing an opportunity to manipulate that symbol to further his own public profile. However, we should not allow Smollett’s poor choices to reflect poorly on anyone but Smollett.

Hate crimes are on the rise in the United States. The most recent FBI statistics reveal that reported hate crimes rose by 17 percent in 2017. There are now more than 1,000 hate groups active in this country, according to the Southern Poverty Law Center, including two known groups on Long Island, which has seen its fair share of swastikas painted and carved into public and private property in recent years. White supremacy flyers have been distributed in Suffolk County. Two of the hate-filled ‘Proud Boys’ responsible for a violent brawl in NYC in November are from Long Island.

The mass shooting at Pittsburgh’s Tree of Life Synagogue was a horrific hate crime that intersected with the gun violence epidemic in this country.

The uptick in prejudice-motivated crimes and increase in vile hate speech can be correlated with the divisive rhetoric that spews forth from the White House on a daily basis. Racists, homophobes, xenophobes and anti-Semites have been emboldened by such speech. Slurs directed at immigrants, people of color, religious groups and the LGBTQ community have gained mainstream acceptance in some circles, further fueling the possibility of physical violence.

We must not allow Smollett’s hoax to overshadow the real victims of hate crimes. He has taken advantage of the recent push for victims and survivors to be believed and weaponized it for personal gain. He has wasted police resources, stolen media attention and accepted an outpouring of sincere sympathy he didn’t deserve.

As Superintendent Johnson said, “I just wish that the families of gun violence in this city got this much attention.”